Due to this increase it is projected that Google’s competitors including Microsoft, Yelp and AOL are going to lose significant ad market share. Projections say that by 2019 the three competitors will hold: 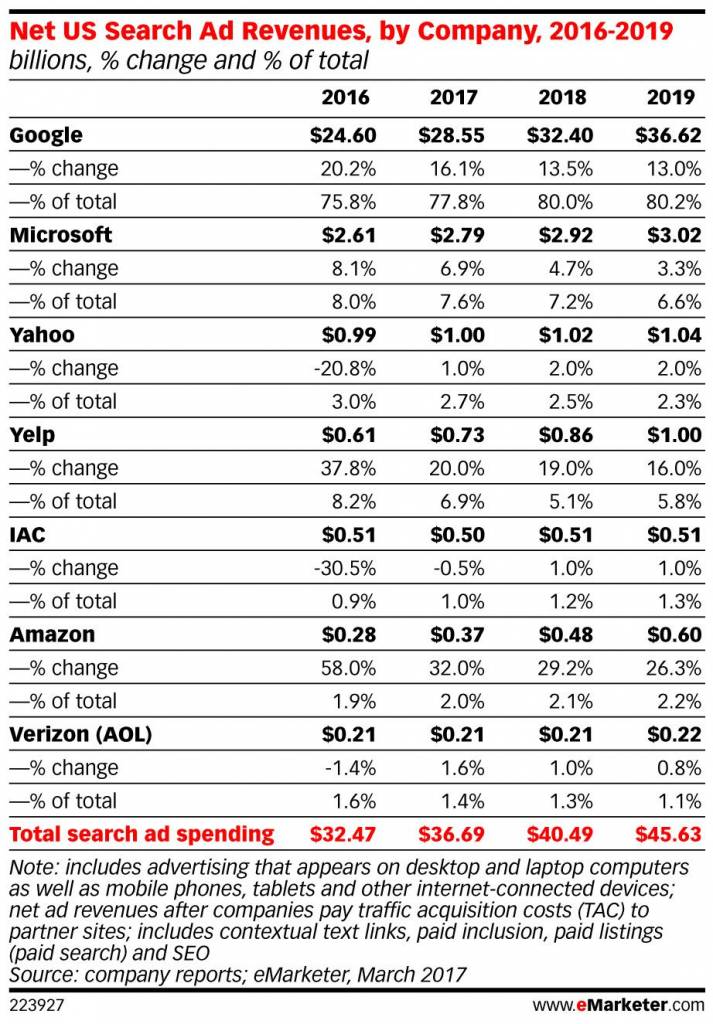 We recently reported in a previous post that Google are currently working on a brand new Google AdWords interface to make advertising on Google more simplistic and streamlined. With Google predicted to own 80.2% of search ad revenue in 2019, taking their ad revenue from $24.6 billion in 2016 to a projected growth to $36.62 billion in 2019 – what is next for Google?