The impact of contextual links in feature snippets

The impact of contextual links in feature snippets

In case you weren’t aware, links in featured snippets are not a new thing. Google has been running this since November. While the feature is still being tested some implications and thoughts are worth considering as the process moves along.

As a quick overview to explain the background, featured snippets are small boxes of information which appear at the top of search results – above the first-place organic listing. They are therefore said to be king of the search results. Now these featured snippets also provide a link to the website from where the information you are viewing is displayed – these are known as contextual links and the impact of these is now being assessed. 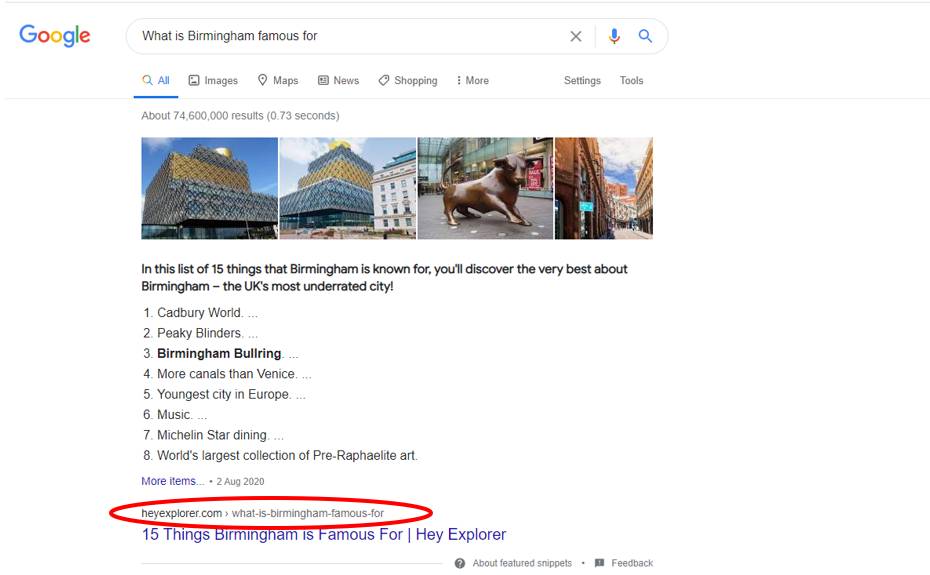 Many think that the impact of contextual links will be rather low. The sites that are likely to substantially gain from this are (and seem to be) those sites such as dictionary.com or Wikipedia. These are types of reference sites that everyone knows and relates to and is often the source of information that users will gravitate towards anyway. Since this only encompasses a very small range of the massive total of websites on the internet, it is not likely to have much of an impact (expect perhaps make the lines of dictionary.com even stronger.)

However, it is worth noting that it is not only these information and reference sites that can become the focus of featured snippets. There are other websites which often do appear as featured snippets and being lucky enough to have your information featured as well as a link to the site can obviously pay dividends. If you are a webmaster and own a website there is nothing to say that this can’t be you!

Generally speaking, if these contextual links are limited to reference type sites as it seems to be reported and studied, then Google is cutting down a key area for competition between webmasters and searches. Remember that having a featured snippet is not always a win-win situation either. Some amount of control gets taken away from where the hosts information appears and the impacts of this. For example, If the topic is unrelated to the site or there is not a positive association being described, this could actually hinder rather than help the webmaster. Furthermore, Google keeps you in the search listing page rather then risk you going to the site in question.

From these explanations it would seem that contextual links appearing in featured snippets rather depends on the situation as to whether they are advantageous or not. There are also opposing and competing views to be considered. For the searcher it is a win because they can see and get more relevant and targeted information, with a link to follow through to even greater detail. By virtue of this very same point however, Google have scored an own goal it would seem. If the extra and detailed information that featured snippets and links provide is enough for the user, it is then unlikely the user will do another search, thus lowering the chance they will click on one of Google’s paid adverts. However, from Google’s point of view, this can be coined in its favour (i.e. it is not all about trying to make money from paid adverts.)

The impact of contextual links in featured snippets? – limited? depends on the situation? benefits the searcher? – you decide! There is certainly evidence to point to it all.

Talk to us today about your website and let us show you how we can get you page 1! Our SEO services section provides much more detail.